Verb.
1. (literally) To begin digging in the earth at the start of a new construction, or cultivation. 2. (idiomatic) To initiate a new undertaking, to advance beyond previous achievements.

In 2017 I was invited by curator Natalie Farber to expand the concept of "Sensorial Shelter" and create a project for the Bijlmerbajes, a former prison complex located in Amsterdam that was used temporarily as a refugee center.

The initial question was: How can the refugees symbolically break ground and build a sense of home in a foreign country while living in a space designed to be a prison ? What are the tools at hand for that undertaking? After researching among Bijlmerbajes temporary dwellers I learnt about the Syrian custom of collecting flowers from the landscape, drying it and eventually boiling it to drink.

The built wooden structure overlaps the dimensions of one of the Bijlmerbajes's cell with a landscape of dry flowers. A hybrid tool was created by mixing a shovel and a teaspoon, inviting interaction in a playful way. A small kitchen, containing glasses, teapots and a heating plate, was included.

The project aimed at creating a place for encounters amidst the exhibition setting where dwellers and visitors could share a cup of tea and break ground. 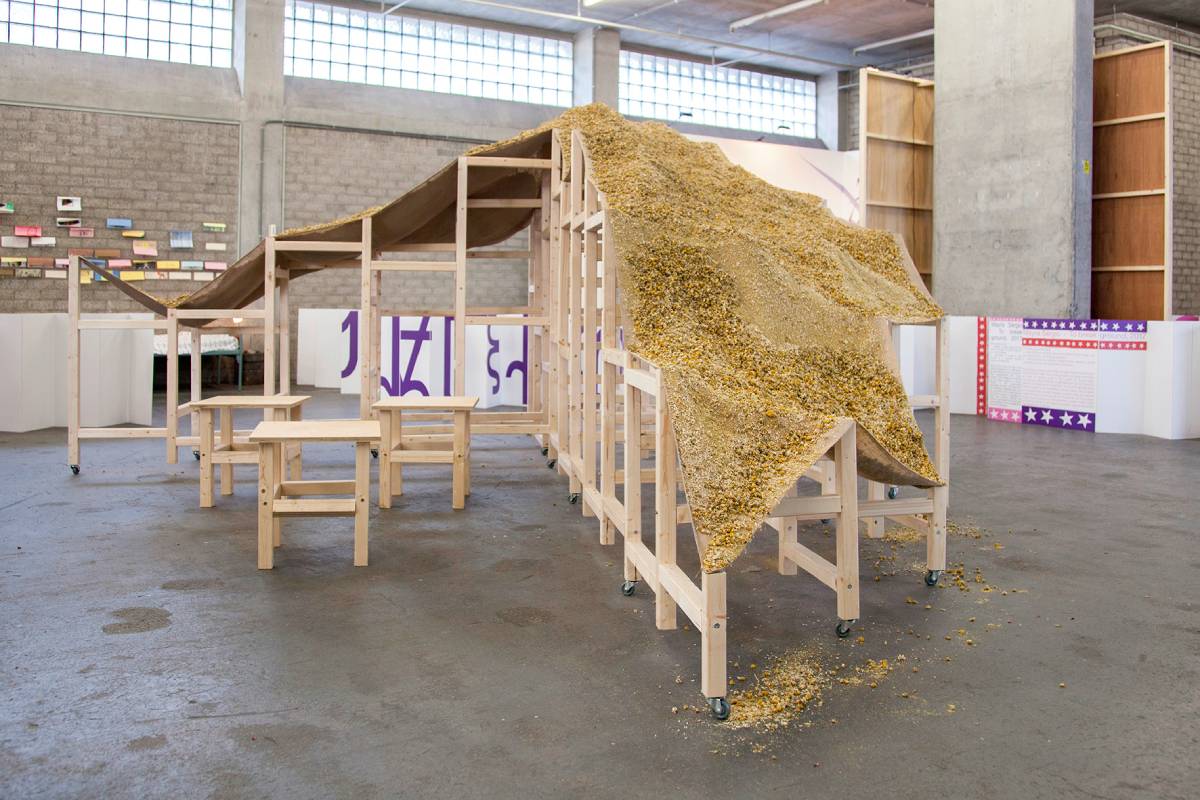 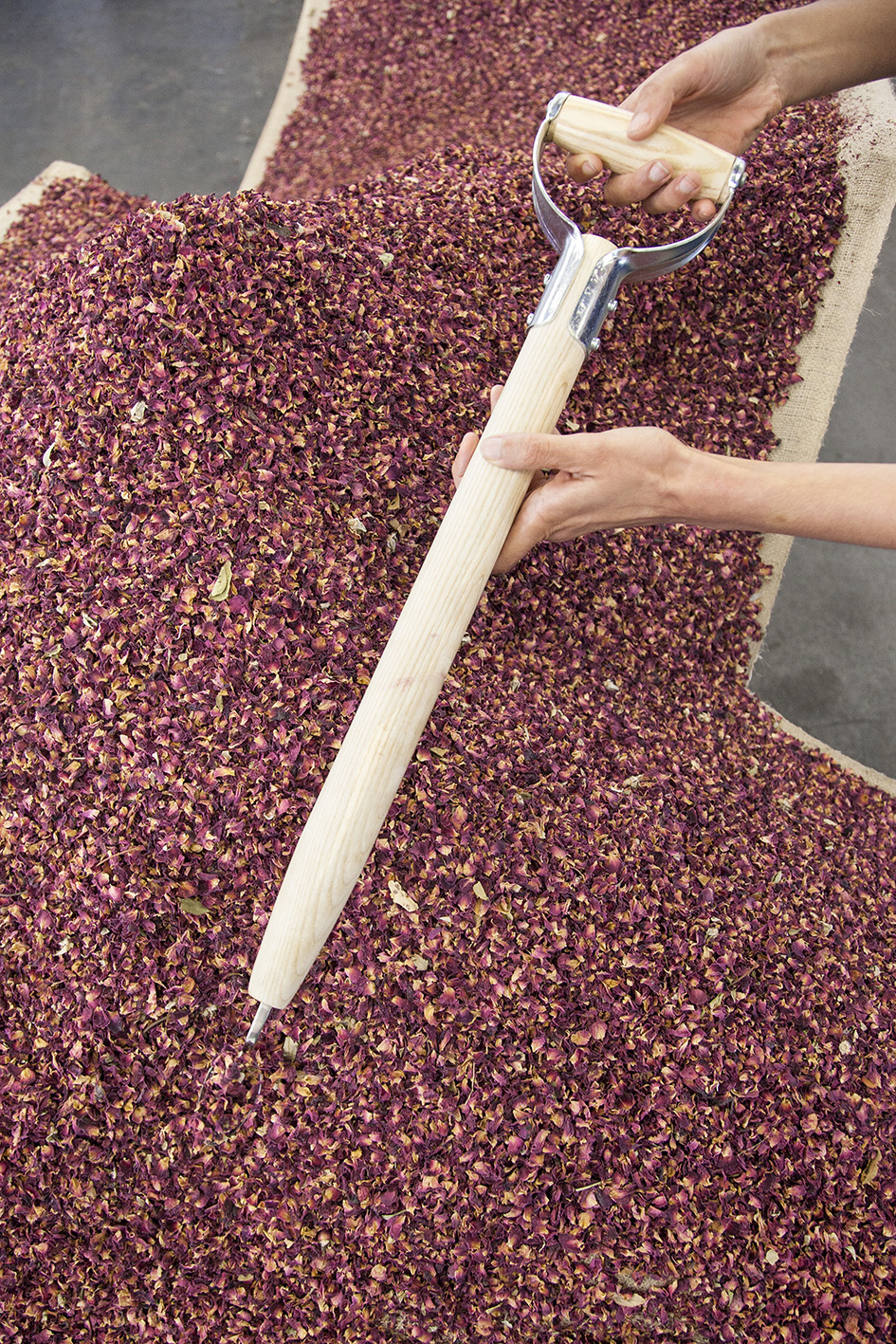 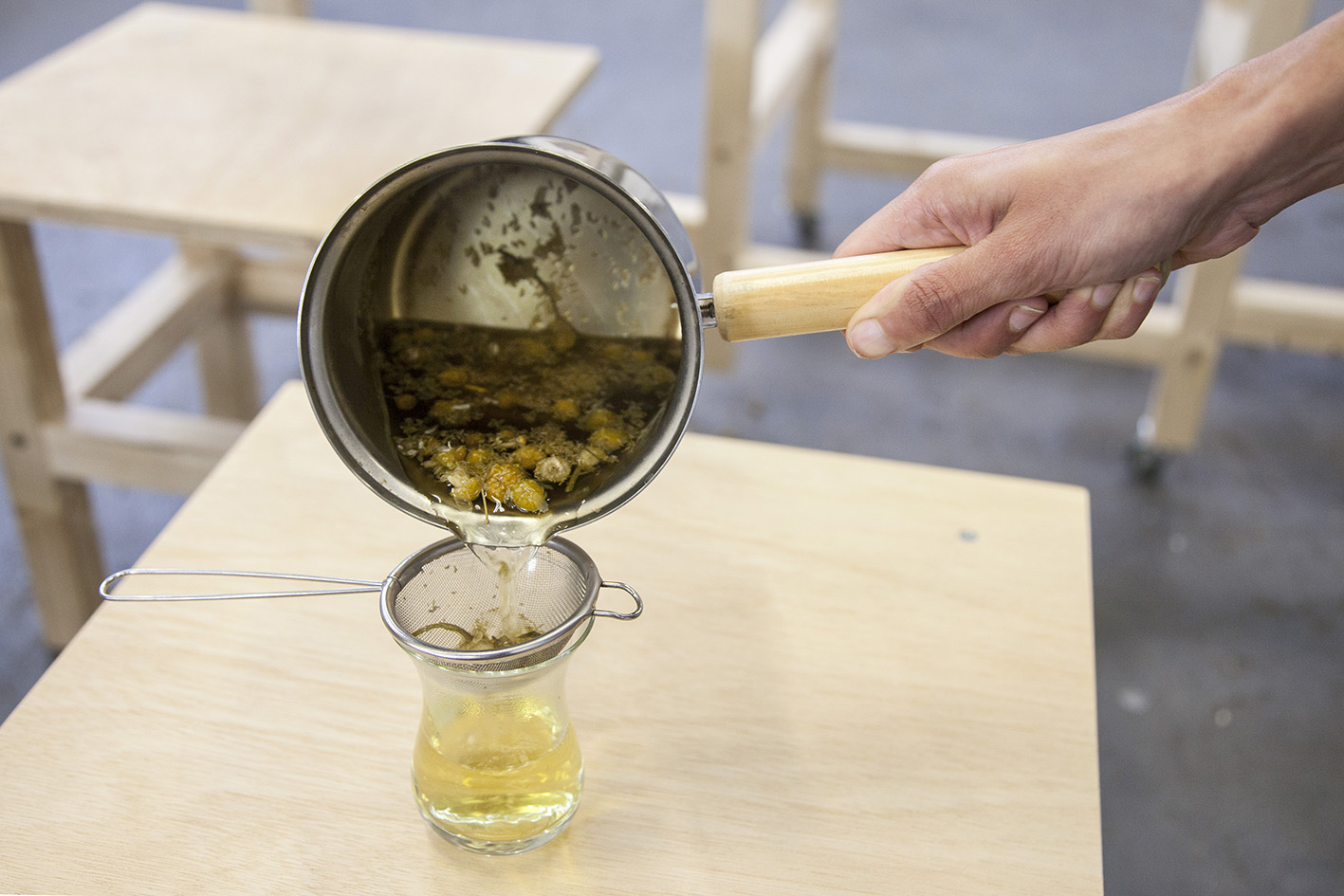 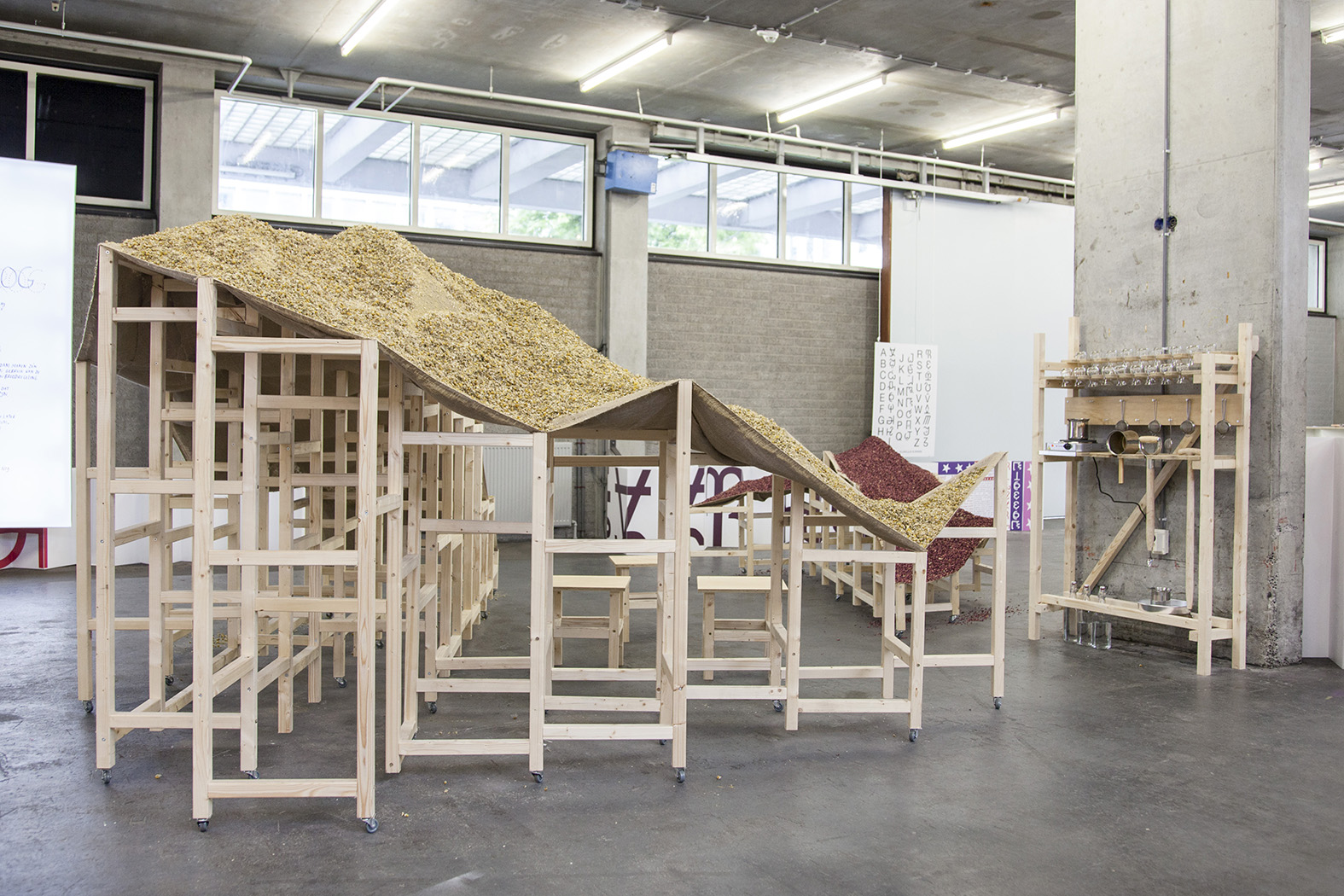 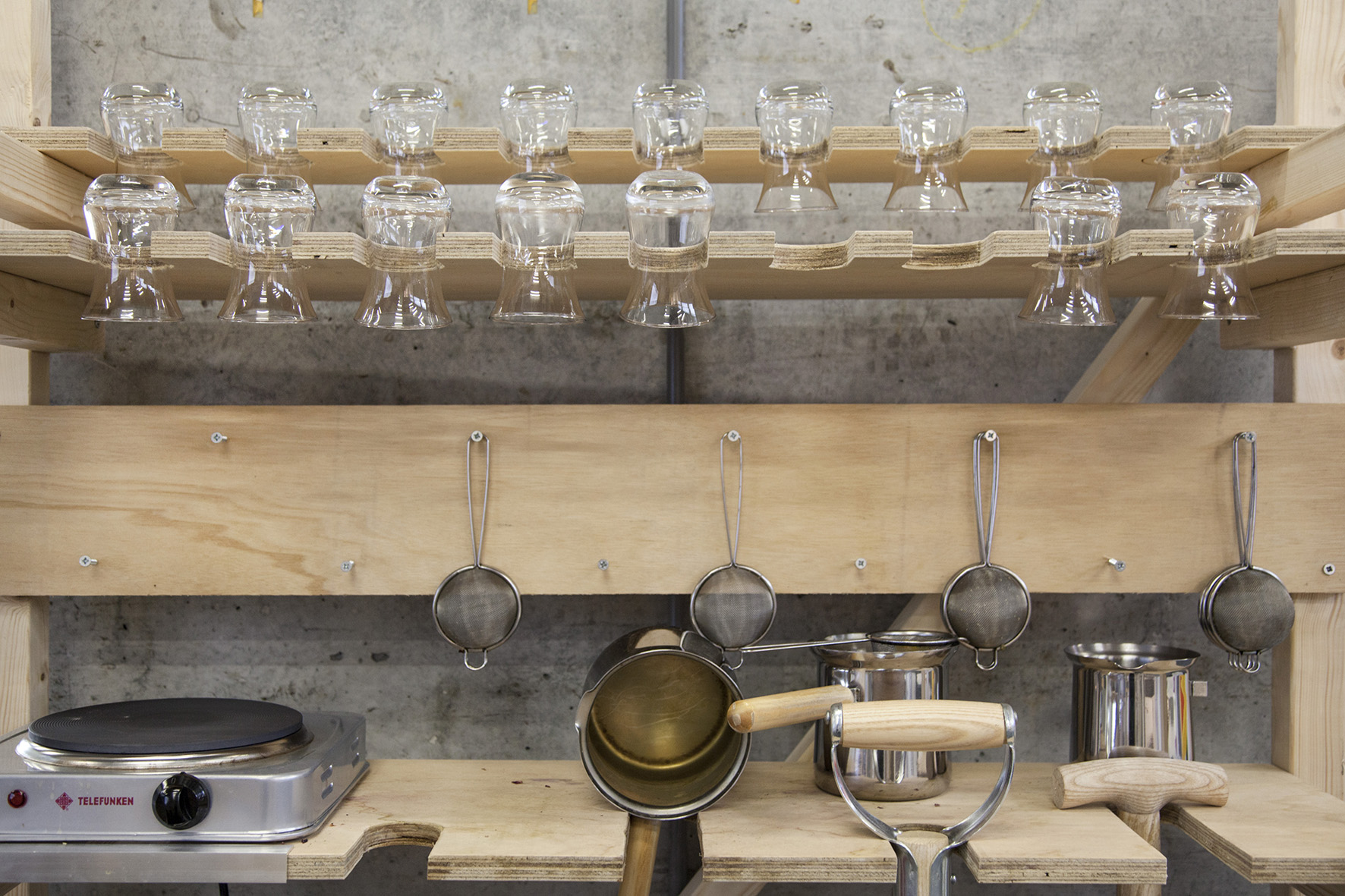 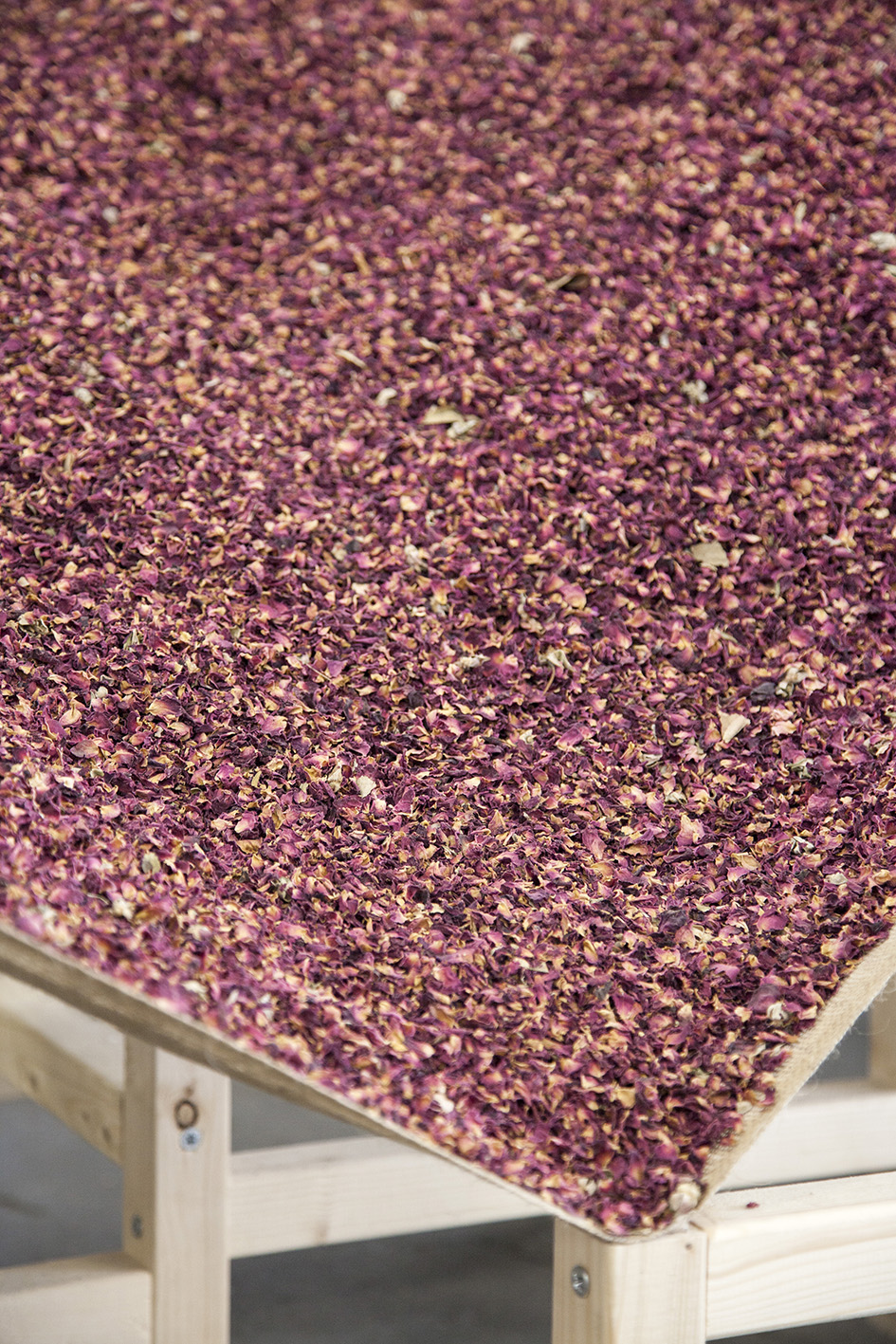 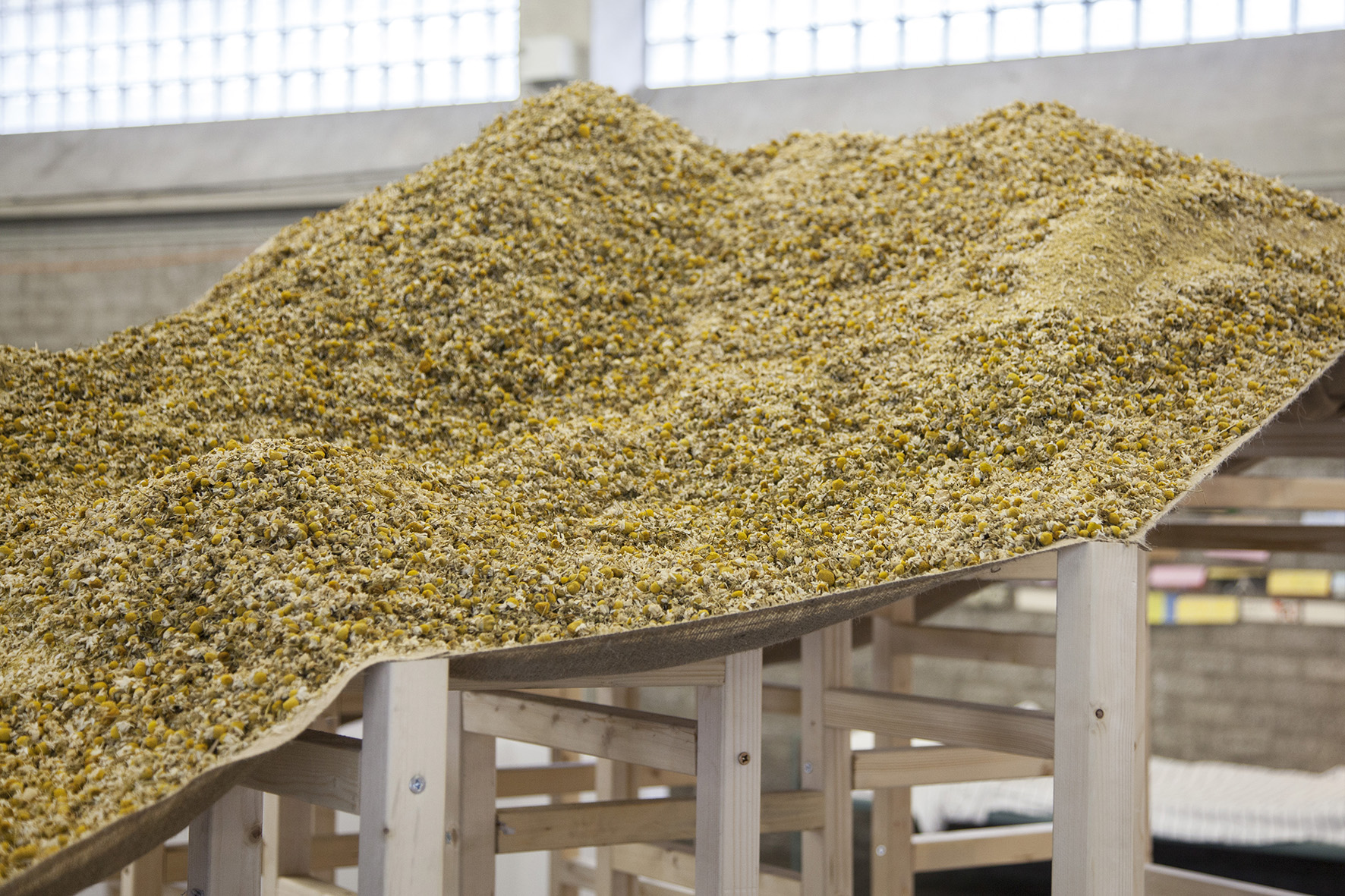